The B-Plot: Prufrock in the Age of Social Media 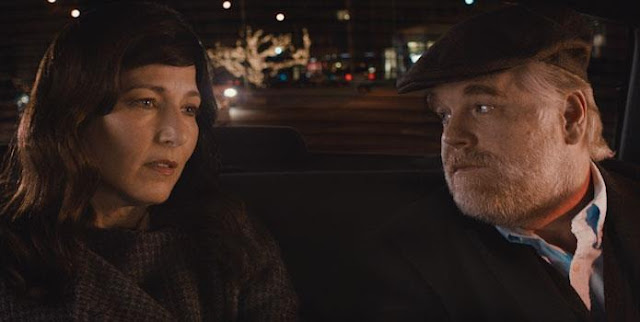 Has it really been four and a half years since I posted on here? It was just before the 2016 election...perhaps it's time to blog again.

T.S. Eliot's “The Lovesong of J. Alfred Prufrock” asks us, even in 2021 (perhaps especially), to consider a murky proposition: if we did not instill life with faux value and platitudes, there would be very little reason to continue living it. And J. Alfred shows us the obverse life of one in service not as a calling, but as detachment, as a place to settle, contributing not by being up front, but providing color to the lives of others. We are, of course, hyper aware of life's repetitiveness now, aware of the ways in which the monotony of existence is felt by everyone in some form, though we must not say so, even if social media displays to us a vision of others’ lives that is dynamic in the hopes of luring us into the belief that our lives can be the same way. Everyone who isn’t you is talking about Michelangelo.

The strange social media dismissal of Prufrock as incel manifesto ignores the deeper realization at the heart of the poem and is a good way of dismissing the questions the poem asks us to consider: it’s not that J. Alfred is miserable because the lack of a sex life he feels he’s owed (the incel mantra, as nauseating as it is) but rather the realization that his existence is only valuable in relation to those whose lives have been determined valuable due to their success and who have agency around him, even over his own life. The gender/sexual dynamic reading is not without merit by any means: there is, throughout the poem, the unattainable love, here embodied as feminine, but I believe that reading is overly surface, focused directly on the words that Eliot uses rather than what those words I hope were meant to reflect. The women do not ignore Prufrock because they are women and he is (we assume) a man; they ignore him because he is, in whatever embodiment, ignorable, without inherent, tangible value. This is not in any way to dismiss the brilliant poem of Juliana Grey's, which is, if not a reflection on Eliot necessarily, turns the motifs present in the original poem into a reflection of a group of individuals who have strangely (and absurdly) organized in the social media sphere around their own misguided understanding of their suffering.

A 2018 American Conservative article, eyerollingly called “A Generation Of Prufrocks,” reflects on the terrible plight of single men with no direction, strangely taking the incel argument further, but similarly (and not unsurprisingly, given its source), without considering the questions and concerns of Eliot's poem itself further. The author of the article is not entirely wrong but is not drawing out the lens far enough to capture the entire scene, in which dynamics beyond each of us have power over our lives. Of course, for the author and incel alike, this only becomes a problem when it becomes the lives of men. Women’s lives and the lives of minorities have always been the b-plot, that which goes on while the narratives of white men get the most screen time. Prufrock becomes manifesto for sad white boys when they begin to express their struggles as worse than the struggles of others, a blindness not reflected in Eliot’s poem, which I read as attempting to be more universal that merely being written for men or white men. It’s easy, however, to get wrapped up in the gender aspect here, especially because we know much too much about Eliot and his relationship to the women in his life— and there’s much fruit left to pick of this tree. Indeed Eliot’s maleness is overwhelming to us in 2021 because by now many of us have come to recognize immediately how fraught that maleness is, but Prufrock is the embodiment here not only of patriarchy hurting all of us, but of the dynamics of power relations being replicated into every aspect of life, a broader question over value as it is tied to labor and production. It is these dynamics I wish to focus on here and I ask you to come back to Prufrock in the context of social media, which forces us into the false delusion that all of us are the main plot characters when some of us just aren’t.

Prufrock is not merely about sexual inadequacy, but rather about larger social dynamics, one that is easily viewable in our present, life-on-constant-display moment, though these apparitions are manufactured. At the point in time where reality television and social media were growing up together in the early 2000s, Warhol’s adage that everyone would be famous for fifteen minutes went from a reflection of late 1960s pop culture to a present obligation: if you’re not famous for fifteen minutes, you dun goof’d. You’re owed your fifteen minutes. Of course, this is not true— we're not all going to be famous. We're not all going to write a viral tweet or have an Instagram post show up on AC360. It is very unlikely John Green will ever read your poem or care about you. These are not bad things, but an awareness we all have, even if an admission we cannot make aloud. Prufrock is in that moment of realization, that the conversations are going on around him regardless of whether or not they are present. Not every life matters. Social media teaches us our quips and dramas have value. For some they do and for most they don't. However, it is the mechanics of social media, in which we, for free, create content that supports the financial well-being of new media corporations that we are presently struggling to understand.

Capitalism is deep in this disparity daily, the worker who is exploited for the gains of those who control those means of production, who have agency over their own lives because they maintain control over others. Worse, we reproduce this relationship repeatedly in our lives and are in such deep disavowal of it— but we must be in order to continue these power structures because otherwise, we would not. This is the very root of ideology, and Žižek fits it perfectly: we know very well, but nonetheless... We know full well we exist within these dynamics, but that we’re not going to amount to much of anything, but we’re to keep going. In the form of social media, we are both the exploited from and the exploited to. We know our tweets don’t matter, but we were continually for the moment our brilliance or our humor is recognized, for the moment it would it have been worth it, after all.

This struggle is in fact the b-plot in a film tangentially related to Eliot's later work, Four Quartets. In A Late Quartet (2012), Robert Gelbart (played wonderfully by the late Phillip Seymour Hoffman) struggles with his position as second violin in a quartet, the attendant lord who has but a line— and has had one for twenty-five years. He is deferential, glad to be of use,

Politic, cautious, and meticulous;
Full of high sentence, but a bit obtuse;
At times, indeed, almost ridiculous—
Almost, at times, the Fool.

He justifies it, of course, calling the dynamic between first and second non-hierarchical, but of course, even those who maintain the illusion do not believe this to be the truth, merely invested in maintaining their power within the quartet or, it turns out, their personal relationships. Pillar is the true radical of the film, arguing that if the positions are truly not hierarchical, then why can't Robert be first violin? The answer is very simple, but since, up from these depths, no one has yet returned alive, if what I hear is true, I answer without fear of being shamed: he cannot be first violin because he is not first violin. If that answer appears overly tautological, consider further from Prufrock himself: despite his desire to overcome the power dynamics that have placed him in the mechanical reproduction lifestyle, both Prufrock and Robert “have bitten off the matter with a smile...have squeezed the universe into a ball” as means of survival, as means of coping with the deeply known realization that their lives don't really have innate value. At the moment where Julia, his wife (who plays viola in the quartet), acknowledges the hierarchy of the violins, and indeed the power dynamics within the group, the coffee spoons fall to the floor and the realizations come, the acts of treason commence: Robert is, both in marriage and career, useful, there to make others around him look good, to be support, attendant lord, one that will do. No one really loves him, he's just there and this is central to his value, one defined by being adequate as husband, father, violinist and as a member of the quartet, all relationships he is incapable of leading (says Daniel, the leader of the quartet). Even Daniel and Julia’s attempts to placate him (which are mostly successful, if only temporarily) are reflective of the power that other members of the quartet and marriage hold over him. For Robert, in the past, it would have been worth it, after all, for others to merely say that is not what they meant, that is not what they meant at all. Daniel’s closure of the Beethoven Opus 131 score sheet, a nod to Robert’s desire to play the piece without the notes staring back, does not change the power dynamic between them and is meant merely to give Robert what it does: enough of a smile that he keeps playing his part. Julia makes him breakfast after she upset him, not because she was wrong, but to create the illusion of his value by mimicking his own form of subservience back to him. But the moment she realizes she has been betrayed, that Robert has slept with Pillar in his anger and sadness, having removed the veneer of good husband, subservient, the illusion of the marriage falls apart. However, by film’s end, Robert has perhaps come through to the other side, growing old, but realizing the mermaids were never going to sing to him.

Prufrock, a hundred years early, is a manifestation of these same realizations. There is a heartbreaking truth in one of its most oft-quoted lines: we’re all just a pair of ragged claws, scuttling across the floors of silent seas but constantly existing within a false construction (perpetrated now by an all-powerful social media internet) of meaning in order to squeeze blood of the stone. We have our lines at the edge of the stage, maybe even get a laugh or a moment’s empathy, advise the prince; no doubt, an easy tool. However, the realization need not be heartbreaking, though one hopes one does not fall back into the patterns of disavowal. Prufrock offers no fundamental change based on the series of revelations within the poem: ultimately, the non-entity remains thus, but merely operating under that understanding as they age. There remains hope in disavowal, that maybe eventually it will all have been worthwhile if others find value in the individual who cannot generate value without others needs to be met. We’re constantly in the content creation business, both on social media and off, attempting to locate ourselves within the likes, shares, followers, subscribers that make up modern life, but made up life before, under other names. While social media has changed this dynamic, Prufrock reminds us that this form of valuation is nothing new.