I must admit, despite the damage to my liberal street cred, I am torn on Syria.

The reasons are too complex for me to post on in any meaningful way, but ,unusually for me, this process of thinking through has lead me into a poem. I don't normally post poems here because, well, it's a blog about poetics and things but not necessarily about showcasing my own work. However, because this will likely go nowhere beyond me, I thought this "thinking through" poem could be posted, just this one time: 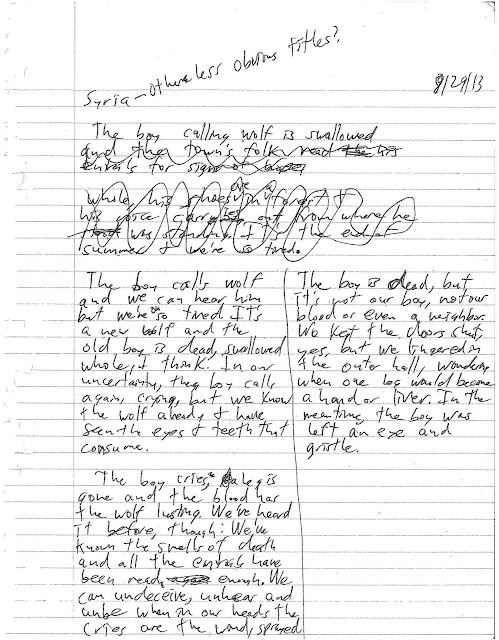 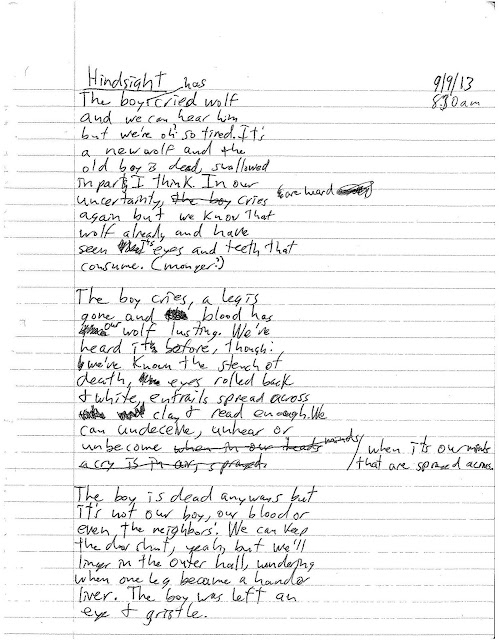 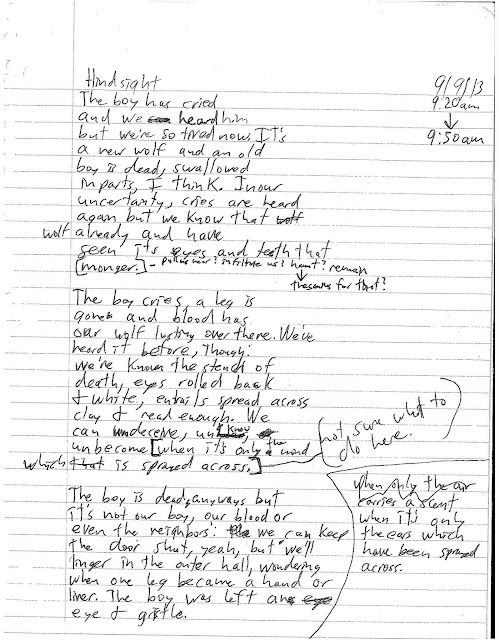 The boy has cried
and we heard him
but we're so tired now. It's
a new wolf and an old
boy is dead, swallowed
in parts, I think. In our
uncertainty, cries are heard
again but we know that
wolf already and have
seen it's eyes and  teeth that
pervade.

The boy cries, a leg is
gone and blood has
our wolf lusting over there. We've
heard it before, though:
we've known the stench of
death, eyes rolled back
and white, entrails spread down on
clay and read enough. We
can deceive, unknow,
unbecome when it's only
the ears which have been
sprayed across.

The boy is dead, anyways, but
it's not our boy, our blood or
even a neighbors': we can keep
the door shut, yeah, but we
linger in the outer hall, wondering
when one leg became a hand or
liver. The boy was left an
eye and gristle.