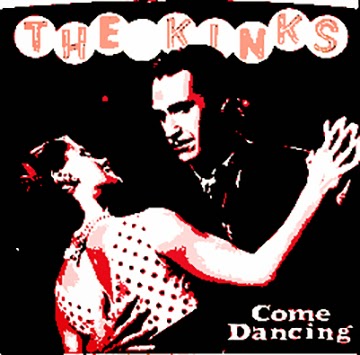 Dreams of an Ideal Life
Dwelling, Regret and Permutational Art

In the first post on permutational aesthetics, a sort of definition was given:

Fiction that derives from the biographical has the amazing opportunity to correct the moments in our lives that we might regret, or that didn't go the way we were planning. Writing allows for a kind of consummation that life does not.

This correction, of course, is the permutation, the redesign of a moment or series of moments into a new moment in a work of art. Art, of course, is a socially acceptable space in which to create a permutation, lest anyone end up like Scottie Ferguson in Vertigo, manipulating Judy into changing everything about herself in order to re-create what is, unknown to him at the time, a sort of  play for his benefit that was designed to cover up a murder. Of course, Scottie's re-creation goes horribly wrong, with Judy, finally made into Madeleine, falling to her death.

Naturally, permutation and trauma are interconnected: it is often a trauma which leads to the recreation of a situation in art that cannot be made to occur in real life. And while previous posts have focused on poets, fiction writers and filmmakers, there has been an exclusion which is obvious: the world of music. Music, with its necessary abstraction of sound, is not always a place for permutational work, in that it is primarily the lyrics which function as a re-creation and not the music itself.

Released in the fall of 1982 in the U.K. (spring of 1983 in the U.S.), The Kinks' "Come Dancing" is a charming song about nostalgia for a bygone era in which the "big bands used to come and play" at a local Palais, or dance hall. The nostalgia in the song, of course, is not only for the era, but for the singer's sister, who would frequent the Palais with a date who would "end up blowing all his wages for the week/all for a cuddle and a peck on the cheek." The nostalgia here leans towards a young man's sexual awakening, the realization that the men who dated his sister were interested in sex and that his sister was seemingly only interested in going out and having a good time while having her expenses paid for the evening. The singer realizes, as an adult perhaps, that it was these moments that he remembers when thinking of his sister, of understanding the dynamics involved in the relationship between her, the date and the Palais. The sexual element plays out in the singer's voyeurism, a curiosity about very simple sexual practices which, to the singer, seem foreign and from which he must hide himself despite his desire to continue watching.

For Ray Davies, the lead singer and, in this case, the songwriter of "Come Dancing," the nostalgia here stems from a trauma which leads to the song being not only a tribute but ultimately an act of permutational re-creation. Thomas Kitts, in his 2008 critical biography of Davies, writes that Davies' older sister, Rene, suffered a fatal heart attack at the Lyceum ballroom on the songwriter's 13th birthday, for which she had purchased a Spanish guitar as a present. These two events, for Davies, must be inextricably linked: music, of course, became his way of entering the world but only through the tragedy of his sister's untimely death at the age of 31.1

The sister of Davies' song, however, lives a happier life: she has not only grown older but has daughters of her own for whom she, in continuation of an earlier theme about their mother, must now wait up until they return home at all hours of the night. This is, of course, the very nature of permutation: giving life to one who has not had the opportunity to enjoy it and giving to them, through art, a sort of gift. In Davies' case, it is hard to deny that this is a sort of ideal he imagines not only for her but for himself, a sister who, for the simple asking, would be willing to go dancing with him, which of course further plays upon the sexual fantasies of the singer and his voyeuristic viewing of his sister with your would-be lover "by the garden gate." Perhaps in Davies' case, dancing could be seen as a stand-in for his musical career, which his sister allowed him to begin, but which she never saw.

For the singer in the song, his childhood dies "the day they knocked down the Palais," though in considering the formative age at which he not only received the instrument he has spent his life with but also the trauma he has suffered with his sister's sudden death, it seems very likely this moment for Davies not only marked the end of his childhood but also the metaphorical death of the Palais and the era of big band music. Of course, for the singer, and for Davies, the death of the Palais and the death of his sister, respectively, has given direction to his life as he has "grown up and [is] playing in a band." The town, too, has moved on and leaves the listener with similar feelings for locations long gone. For Davies, however, the pain is deeper and the song allows him the space to process these emotions, however complex, into a new moment.