Go Ahead, Throw Your Vote Away 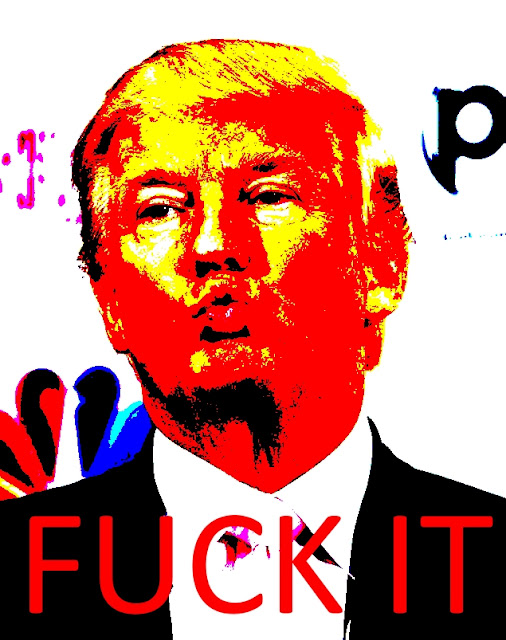 Vote for Donald Trump. Vote for the richest most contemptible person running for President because he never had the milquetoast personality for politics. He tells it like it is and he's insane but hey, at least we can accept that he's super wealthy and that he's not interested in our well-being as individuals. Stop being lied to by politicians and accept this person as the one who doesn't give a shit about any of the things we only pretend to care about in an election.

The reason someone like Donald Trump is doing well is because we just don't care. The best and brightest figured out that government is a mess, that to run for office you have to meet criteria that matter for getting elected but not for the job that has to be done. You have to smile, say the right things and it doesn't matter if you have any intention of doing good. You just have to convince people you're there for a reason that sounds something like "good." And you just have to convince people you won't upset them and agree with them by smiling and nodding and not being too threatening.

In a celebrity obsessed society, Donald Trump is the perfect tabloid President. He's not only rich but also has a personal life we can obsess over while he makes more money for himself. Isn't that really what we want from our politics? At least it's transparent versus wrapped up in ideology that office holders generally fake for our benefit. President Trump won't do that.

Donald Trump is everything that is wrong with America and I think that's exactly why you should vote for him at every opportunity.

Give up. Give in. Vote Trump.

1) I edited the image above from here: http://stopabusecampaign.com/donald-trump-who-is-doing-the-raping/

2) Obviously this is a joke.
Tags politics, satire